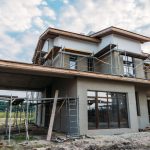 What is the Best Way for a Homeowners Association to Take Care of Construction Defect Issues?

New construction is exciting. Whether you’re starting from scratch or remodeling an existing building, you expect you’ll end up with something better than what you started with.

But unfortunately, that’s not always the case.

New, inexperienced, lazy or poorly managed construction companies can make mistakes, turning your exciting project into a nightmare. When it’s your home they’re working on, the decision lies with you on how to deal with the aftermath. But when you live in a community with a homeowners association, it’s the HOA that makes the decisions, not you.

And far too often, they make the decision to file a lawsuit. If the outcome of a lawsuit was that the wronged parties received restitution, I would be all for it. But I’ve seen these lawsuits dozens of times, and I can assure you, rarely do I see a happy ending.

Who Would Win? HOA vs. Construction Company

When an HOA files a lawsuit against a construction company for a construction defect, the result is not a pile of cash delivered to the next board meeting on the calendar. These lawsuits can drag on for years. And they’re expensive.

Many area Utah law firms will take an HOA’s case on a contingency basis, which means the HOA doesn’t pay its lawyer until the construction company pays them. Good deal, right? No expenses for the HOA until it gets what it rightfully deserves.

Legal fees aren’t the HOA’s only cost. They also have to pay for expert opinions, destructive testing, emergency repairs and engineers as the lawsuit progresses — not after it collects. This can get costly, leaving the HOA in danger of becoming insolvent.

I worked with an HOA in Lehi, Utah, that had to wait 14 years to collect the money they won. Once the law firm took their contingency fee, the HOA didn’t have enough left to pay for the repairs the buildings needed. So the HOA prevailed, but they still lost.

The Challenge of Selling with a Pending Lawsuit

Further, the aforementioned lawsuit severely inconvenienced homeowners who couldn’t sell their home for the 14 years it was going on. Selling a home that’s tied up in a lawsuit can be nearly impossible.

During the time litigation is pending, property value is diminished. Even if the owner could find a buyer and was willing to take less for their home, banks often won’t lend money on houses with construction defects.

The homeowner could rent out their unit, but then they would have no equity to apply toward their new home. With dues rising to pay for the lawsuit, it could be hard for them to cover the mortgage and the related expenses on what they collect in rent.

In fact, it can be difficult to pay these expenses even if they don’t want to move, as soaring HOA fees can strain a budget until it breaks.

A Better Course of Action

Instead of filing a lawsuit against the construction company, HOAs would be better off repairing the defects on their own.

I know; it sounds unfair. The construction company was at fault; they should make it right. But should and will are two different things, and by making the repairs on their own dime, the HOA will usually end up spending less money.

Not only will they save on legal and expert fees and court costs, but they will be able to make the individual decisions about how to proceed during the repair work. A legal agreement or decision will frequently require the work to be entirely redone, when it could easily be repaired for a fraction of the cost.

If your HOA wants to put the time and effort into a lawsuit, there are steps it can take to mitigate unnecessary inconvenience and expense to residents.

Destructive testing is so-called for a reason — parts of a building that work fine are destroyed in the process of seeing whether they or other parts are sufficient or in need of repair. In performing this necessary step in the lawsuit, further damage is done and residents are made to suffer more.

I was recently on-site at a project where openings had been made in the homes’ exteriors as part of destructive testing. While these openings had been patched, not all were patched well, and some leaked. The luckiest residents only had ugly patches on the exterior of their homes; the unlucky ones had leaks to deal with as well.

The shocking part? Residents had been living under these conditions for seven years, as the lawsuit dragged on with no end in sight.

A more sensible solution is to do the repairs at the time of the testing. Expose the issues, document them and fix them. You’ll have an exact cost of repairs versus an estimate, and residents won’t have to live with leaks or ugly patches.

So even if an HOA is convinced that a lawsuit is the way to go, it should, at the very least, repair the damage as part of the process rather than letting it fester for years, unchecked.

RAM Builders has worked on hundreds of home exteriors along the Wasatch Front since 1996. Some cost millions of dollars and others are starter homes. Regardless, no homeowner likes spending money to tear a home apart and put it back the same way it looked when they bought it. But being able to control when and how it is done makes this tough job a little easier.